This Friday I released my first iOS app! It’s called “Parker gratis” (“Park for free”), and it is an app for the Norwegian market for now. 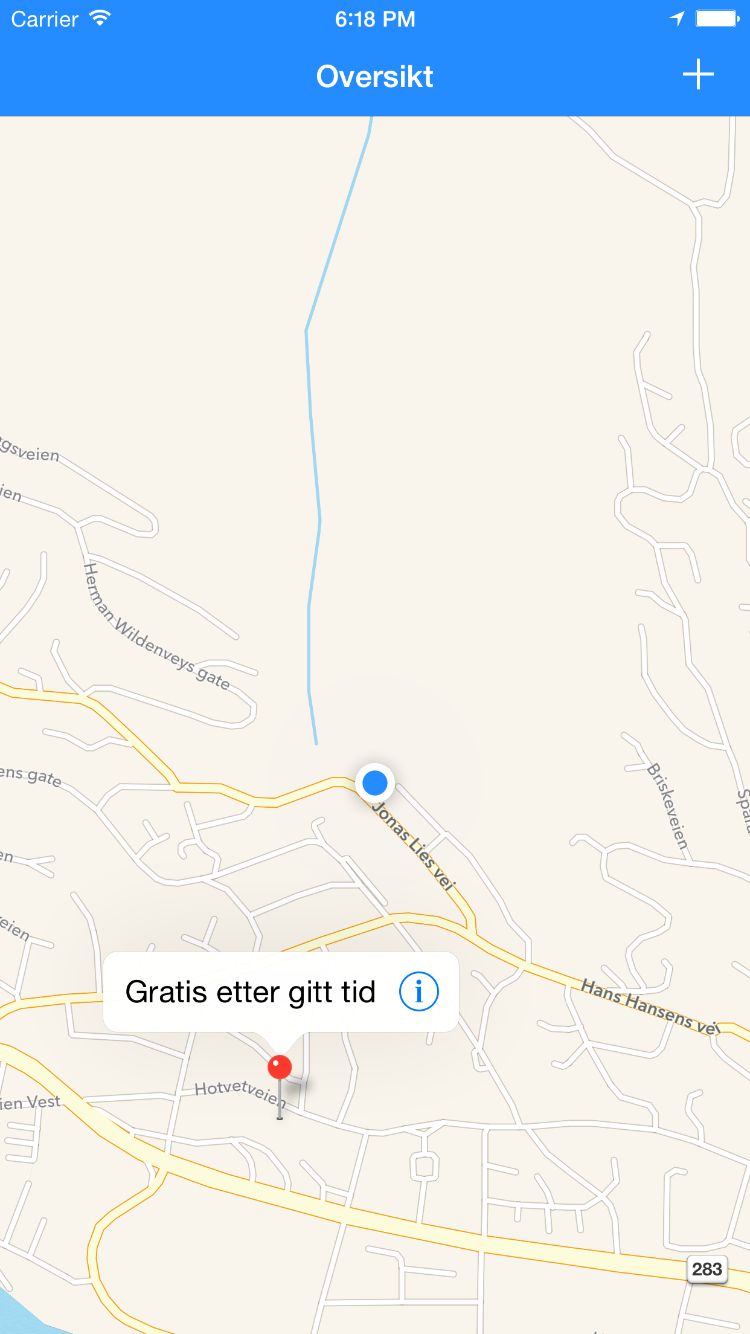 A friend of me came up with the idea for the app. We were talking one day when he said that it would be nice to have an app where you could locate free parking spots nearby your location. I liked the thought of the idea, and decided to go on to create the app. I did some research on the app store, and found that there were some apps like this, but not for the Norwegian market.

When creating the app I decided to keep it fairly simple to use. In my opinion it’s important to let it be very easy for users to add new parking spots, as that will be the only way to collect data and make the use of it grow. When you start the app you get a page with a map on, with your location. You will also see free parking locations nearby, within a given distance. To add a new parking spot at your position, you just have to click the add symbol, and give the location a name and set the type of parking spot, and click submit. Other users may then verify the spot or report it, based on if it actually is free or not.

If you are using the Norwegian app store and want to try the app, you can find it here:
Parker gratis

When programming this app I used Xamarin and C#. This is so that I can easily create an Android and Windows Phone version of the app as well. For now it’s just for iOS, but I will start on the Android version soon.

I may eventually also release it for other markets as well, depending on the traction it gets in Norway.

Have you released any apps for any app store? Or are you working on any apps soon to be released? Let me know!